During the last weekend of February a European meeting to discuss the ongoing financial abduction of Europe was held in Madrid. The objective of the meeting –continuing and connecting with other processes such as Agora99– was and is to create common notions, roadmaps and replicable strategies between the struggles on the continent.  Some 300 to 400 persons took part in the public sessions held in the museum of contemporary art Reina Sofía, and approximately 140 activists, researchers, cultural producers, citizen journalists and hackers worked divided into five workshops: cultural production, commons, debt, technopolitics and democracy.

The programme is fully in English and has been recorded previously. You can comment on the comments section. The web page of the New Abduction of Europe can also be visited here. The meeting was organized by the Foundation of Commons. 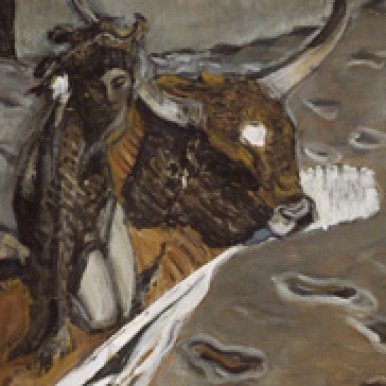 Manifesto of the New Abduction of Europe

The project of a united Europe, as conceived after the Second World War, is largely exhausted. Little credibility remains in the fictions of that “cunning of European reason” that believed it could overcome the causes of the continent’s historical tragedy (war, dictatorship and fascism, exploitation and inequality, colonialism and racism) by emphasising the virtues of “social market economy” and the old geopolitical combination of the States, rather than through a decisive constituent proposal. The causes of this situation are varied and enormously complex, but from the historical point of view, it is possible to identify certain landmark events in this long agony. On the one hand, the fall of the Berlin Wall and the end of the Cold War, which reduced the need for a united Europe that was equally anti-Soviet and antifascist, and on the other, the shift towards neoliberal ideas in the EU process during the 90s and the failure of the European Constitution process, which contributed to a generalised feeling of indifference among the citizenry and disenchantment with the European project. This explains the establishment, under the pretext of the global debt crisis, of what Étienne Balibar has called the “commissarial dictatorship” of the Troika.

There is a new “abduction of Europe”, but not through the cleverness of Zeus who, charmed by the Phoenician woman named Europa, abducts her so he can show her the pleasure and glory of the Greek kingdom. This time, it is financial logic that has abducted her, and in return has set an unpayable price: democracy, social rights, the emancipation of the victims of colonialism, equality and brotherhood on the continent. But as the dream of European reason fades, the time of monsters begins. Whether beloved or condemned, the European Union is an allusion, albeit in an imperfect and contradictory one, to the emancipatory traditions of this continent since the Enlightenment: a Europe united by the ideas of social and political emancipation, a Europe that goes beyond the national borders of the post-colonial States and their traditions of war and periodic destruction.

The attempted return to the “sovereignty” of nation-states in the current financial and institutional catastrophe creates a kind of mirage that makes it easy to forget that in Europe, sovereignty, nationalism and war have always been inseparable.

The event The New Abduction of Europe. Debt, War, Democratic Revolutions hopes to lay the foundations for a radically new European cultural and political agency, driven by the urgency of the situation. It seems futile to call for a Eurocentric humanist consciousness if such consciousness is incapable of reflecting the non-Europe within Europe, the results and challenges of its colonial, imperialistic and fascist past, of the modifications taking place in the world system and of the end of liberal public spheres and the emergence of the network of networks. It is vital that we call for new actors.

It has likely been both the world of cultural and artistic production and the new movements of cognitive and creative work, squeezed between increasing instability and individualisation, and also the social movement of migrations (which has confronted us with the post-colonial skeleton in Europe’s closet), which have practiced and theorized Europe as the smallest possible expression of consistency in the political realm over the last two decades. Perhaps we should examine the Arab springs, or movements such as Spain’s ‘May 15th’ protests, Syntagma Square in Greece, or the events at Istanbul’s Taksim Gezi Park, to revive hopes for a European spring that can bring an end to the current nightmare. It is impossible to think about a European future without first examining, interpreting and disseminating these experiences, which are not a thing of the past but are fully alive and absolutely of the present.

Yksi ajatus artikkelista “How to Battle the New Abduction of Europe?” 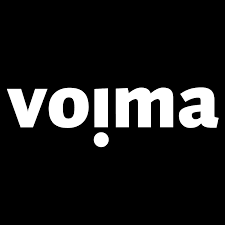